OUT NOW, this special charity album of 23 tracks features unique live recordings from every artist who performed at the historic Fire Fight Concert. It is available as a two disc CD album from music retailers and a digital download on iTunes. 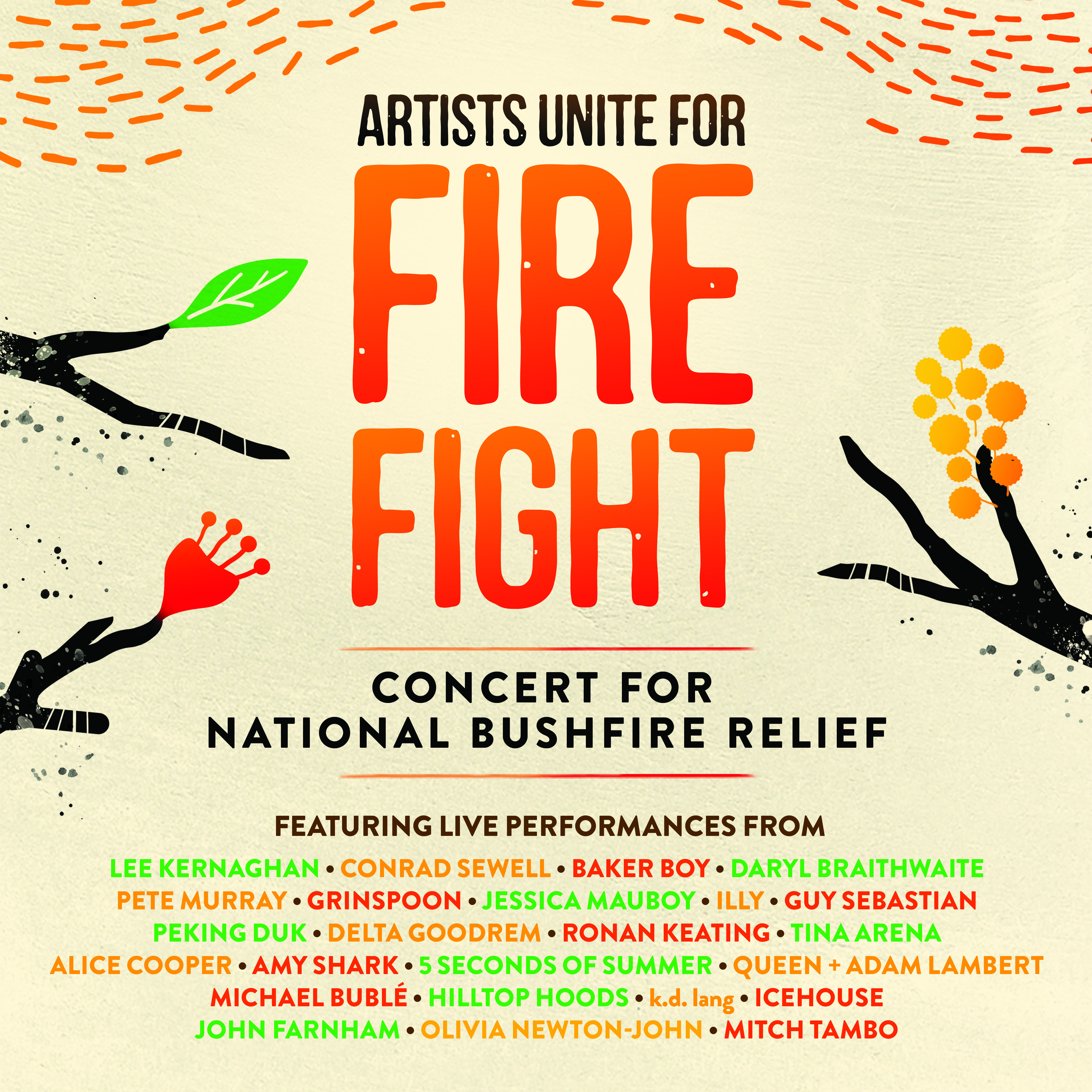 Daryl Braithwaite – As The Days Go By

Guy Sebastian – Before I Go

Ronan Keating – When You Say Nothing At All

Alice Cooper – School’s Out / Another Brick In The Wall, Pt. 2

Michael Bublé – Such A Night

“On behalf of Sony Music Entertainment Australia and Sony Foundation Australia, our thoughts are with everyone affected by the unprecedented bushfire conditions this summer, especially those who have lost so much. We are delighted to release this special album following the hugely successful Fire Fight concert, and these exclusive recordings capture a moment in history that all Australians can re-live and enjoy. Through the power of music, we encourage you all to get behind this incredibly worthy cause to raise much needed funds for bushfire affected communities.”

On Saturday February 16, 2020, some of the greatest local & international artists gathered at ANZ Stadium Sydney for an event that captured the nation.

With a live audience of 75,000 people and a TV audience in excess of 2 million, Fire Fight Australia has raised over $10 million to date!

During the Fire Fight Concert, Sony Foundation ambassador, Guy Sebastian, presented a cheque for $200,000 on behalf of Sony Foundation to the bushfire appeal, to kick start our support of those most affected by this devastating disaster. Sony Foundation has always been about helping young people falling through the gap and we hope this donation will give young people who have suffered from this tragedy a much-needed hand up and hope to rebuild their lives. 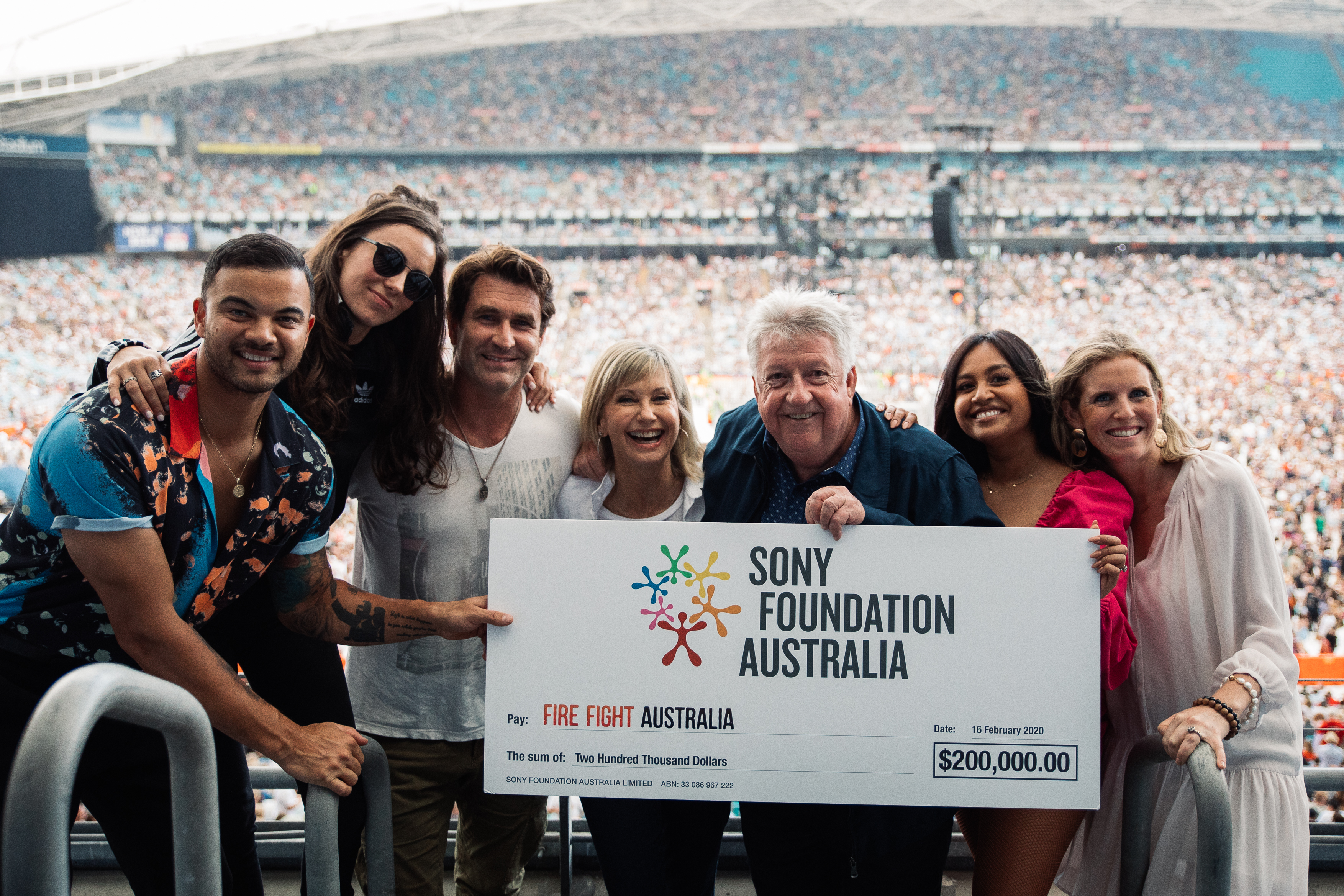 Sony Foundation will continue to work in collaboration with organisations on the ground to indentify solutions to long term issues that will benefit young Australians, in communities most affected.