For: Children with disability, aged 8 – 12 years

EXPRESSIONS OF INTEREST OR FOR MORE INFORMATION: Karen@sonyfoundation.org.au

Cameron Hunter wants to be treated like any other 10-year-old boy. He loves to read and wants to go to university.

His Cerebral Palsy is a frustrating fact of life.

“It’s something that I live with but I don’t like talking about it much.  It is annoying sometimes because I have to have lots of operations and doctors’ appointments. It doesn’t affect my brain with reading or mathematics but I can’t run as fast as everyone else.  I think I’m fine just the way I am. My Mum helps me and I love her!”

Cameron, a Year 5 student at Gleniti School in Timaru, is one of 14 young people with disability who attended the inaugural three day holiday camp program that St Margaret’s College and Christ’s College hosted from December 7 – 9. Students, staff and parents from both schools volunteered their time to run the live-in camp at Christ’s College.

The aim of the Sony Children’s Holiday Camp is to provide respite care for children with disability. Already well established in Australia, this was the first Sony Camp ever held in New Zealand. 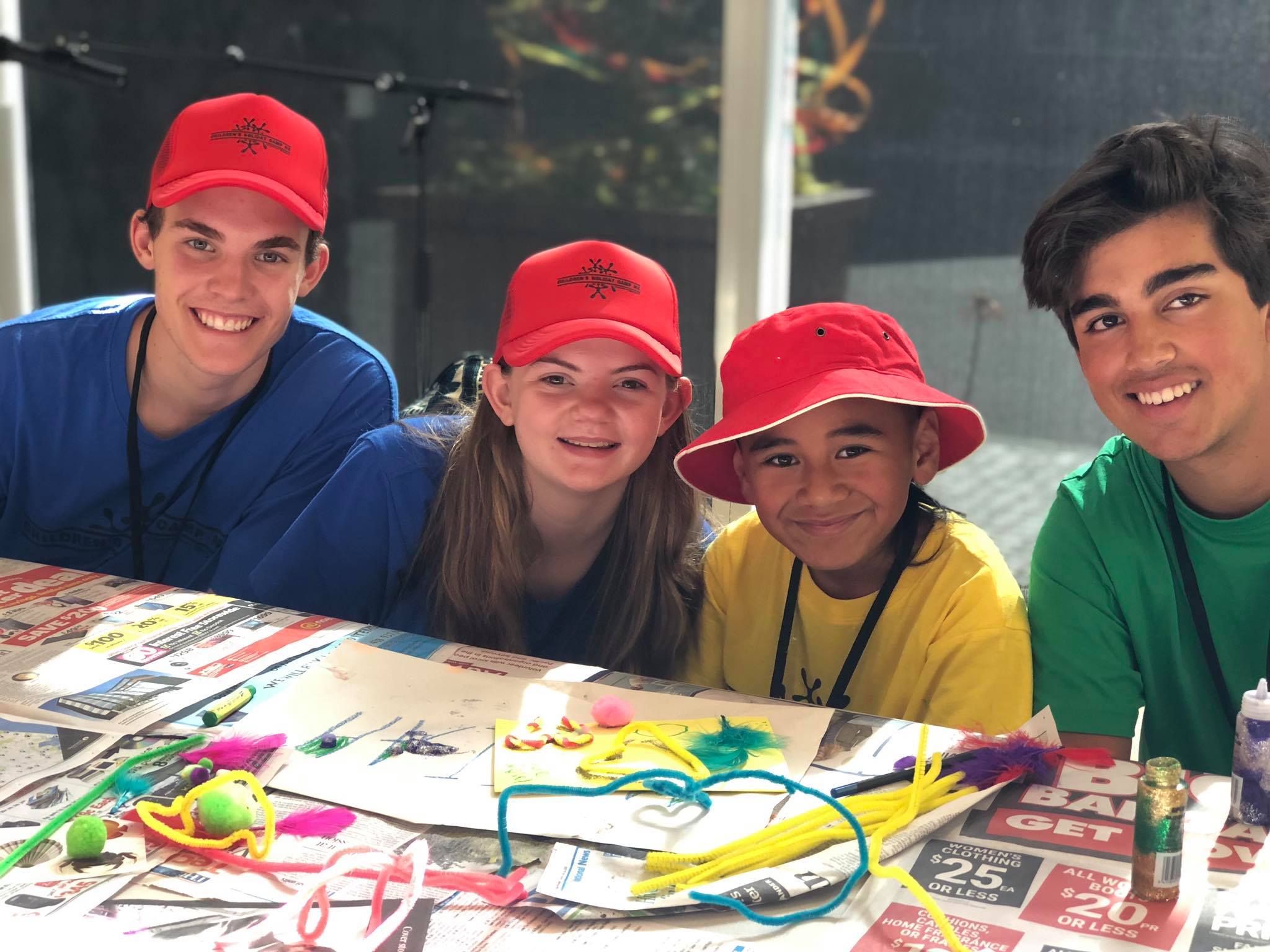 Cameron’s Mum, Kate, is keen for him to gain as much independence as possible but says it can be difficult.

“Cerebral Palsy can be quite isolating for parent and child because you’re not involved with things like sports teams. Time is difficult too. Cameron always requires adult support to participate and I’m a full time working Mum, which makes things tricky after school. He isn’t entitled to extra funding so I have to pay for carers or helpers myself or do everything myself to support and help Cameron.  Which means he’s not gaining independence and Mum’s always there.

“Children with Cerebral Palsy can’t go off for a bike ride or meet up with a mate on their own.  As a parent you can’t relax – you’re always needed – in case he can’t get up some steps, or falls over, as he can’t get up off the floor unaided.

“There’s a fine balance between independence and doing too much.”

Kate said the Sony Camp allowed Cameron to be and feel special.

“He got to meet other children who may be going through similar things and it allowed him to participate in activities where people understand his needs. He loves having fun, has a wonderful sense of humour and totally enjoyed this!

We’re so appreciative of all the volunteers and sponsorship to make the Sony Camps happen.  It’s huge and, as a Mum, I just want to say a big thank you.”

Annie Wynne, Wellbeing Co-ordinator and Counsellor at St Margaret’s College, has experienced Sony Camps in Australia and says they can be life changing experiences for all involved.

“I have been overwhelmed by the generosity of spirit that our students have shown in being willing to give their time and talents to others, without expectation of any reward other than the feeling of being a part of something that is bigger than themselves.”

“It also provides their parents with some much-needed respite care – those reasons are enough to want to run the camp but there is also the growth and personal development it provides for our students. It’s a win-win-win experience.

The opportunity to run the first Sony Camp was an exciting one for Max Goulter, a Year 12 volunteer student at Christ’s College.

“It’s an awesome opportunity to make a positive impact on kids who struggle with everyday tasks that we take for granted. I think the camp is a great chance to be part of something that is bigger than ourselves. It is an awesome experience for the campers but for everyone else who is involved as well.”

“I think it’s an amazing cause and is something that will be really valuable to everyone involved – both the campers and the volunteers. It was challenging but rewarding; it definitely pushed me, but by the end I had formed a strong bond with my camper.”

If you would like to enquire about hosting a camp in New Zealand or applying for a child to attend, please follow the application links or contact Karen White, Partnerships Manager – karen@sonyfoundation.org.au