A Weekend That Changed The Way I See The World

Brodie took on the special role of Student Companion at the Christ Church Grammar School Camp held in December last year, caring for Sony Camper, Zach. Brodie took the time to reflect on his experience, and the special bond he devleoped with Zach.

"In December last year, I had the privilege to participate as a companion at Sony Camp. As a companion, it was my job to take care of a camper day and night and ensure he had the best weekend he could. My camper’s name was Zach, a very energic, playful boy who has autism.

When we first met, he appeared to be shy and very closed off, it took the entire first day for him to trust me, break down the barriers and feel at ease around me. This was a hard feat to accomplish, but with interactive activities such as the petting zoo and the pool, it made it so much easier to develop that bond.

The next day I discovered why the camp coordinators decided to pair me with Zach. It was only my own high energy levels and love of coffee that allowed me to keep up with Zach. He ran a lot and was constantly on the move Sometimes he would run to get away from the nurse and the other adults and find a quiet spot far away from the noise and activity. And I had to keep up with him. 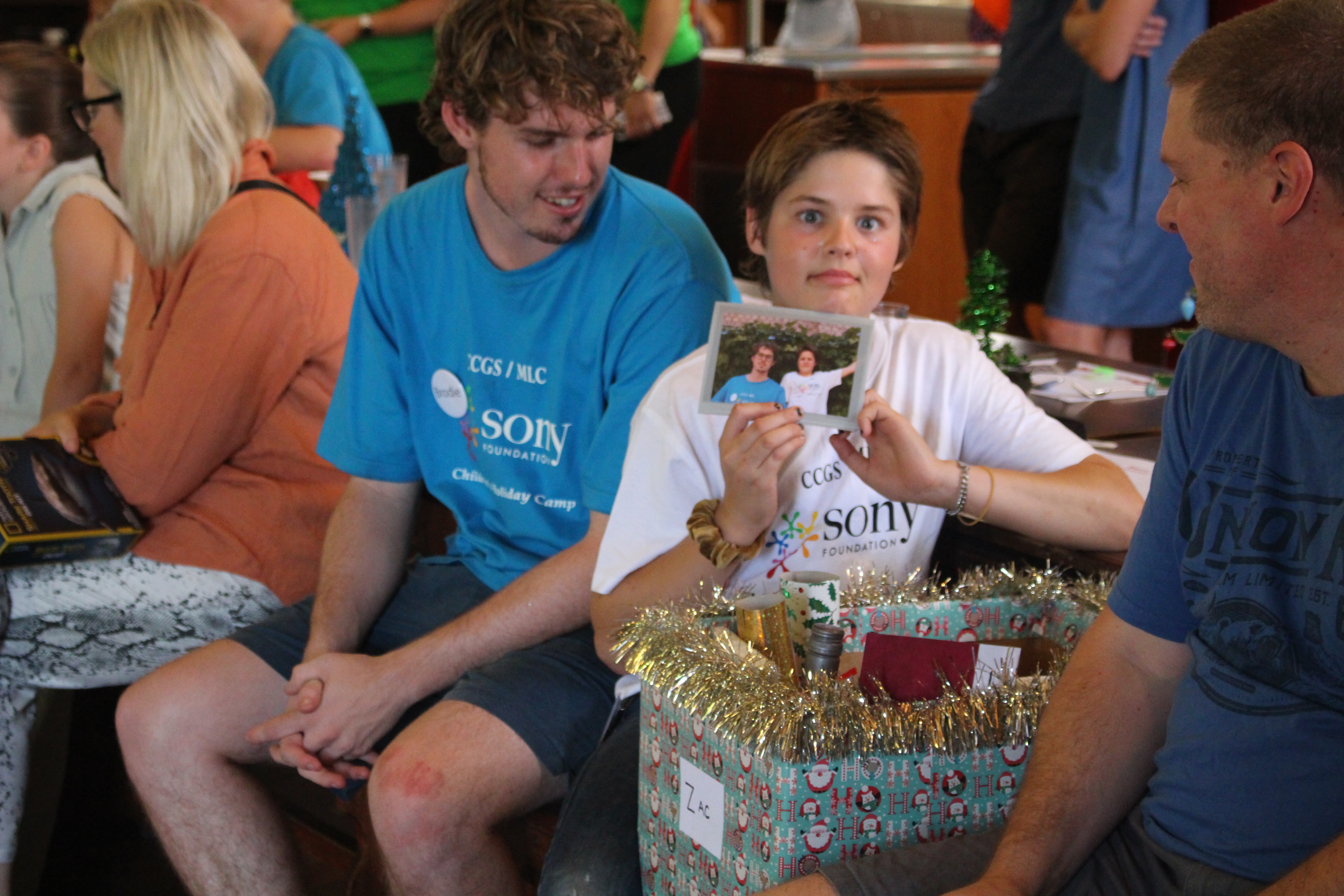 That day was an enjoyable experience for both of us. We went to the beach, had a surf and then came back and played some pool. It was a challenge to adjust to all the running around and keep up with the pace of Zach’s world, but at the end of the day, we knew we had a special connection. Because it was our last night, we decided to make paper planes in our room and throw them around until midnight. Through this, we developed that special connection that past companions had told us about and we started chatting about his school life and his photography. For me, that was so special.

It was an amazing night, but unfortunately, it meant that the next day would be our last. We had a massive Christmas roast lunch during which all the campers’ families joined. To finish it off, Santa came and gave early Christmas presents to all the campers. It was a very memorable way to say goodbye. But when people ask what the hardest part was about the camp, for me that was the hardest part. Saying goodbye to your camper having done all these fun activities and developed a bond, it is sad.

After that emotional goodbye, I was pestered by my friends who kept informing me about this ‘awesome party’ I missed. But I know that the look on Zach’s face as we were doing something awesome like surfing on the beach or making a trick shot in pool was way more ‘awesome’ than some party. 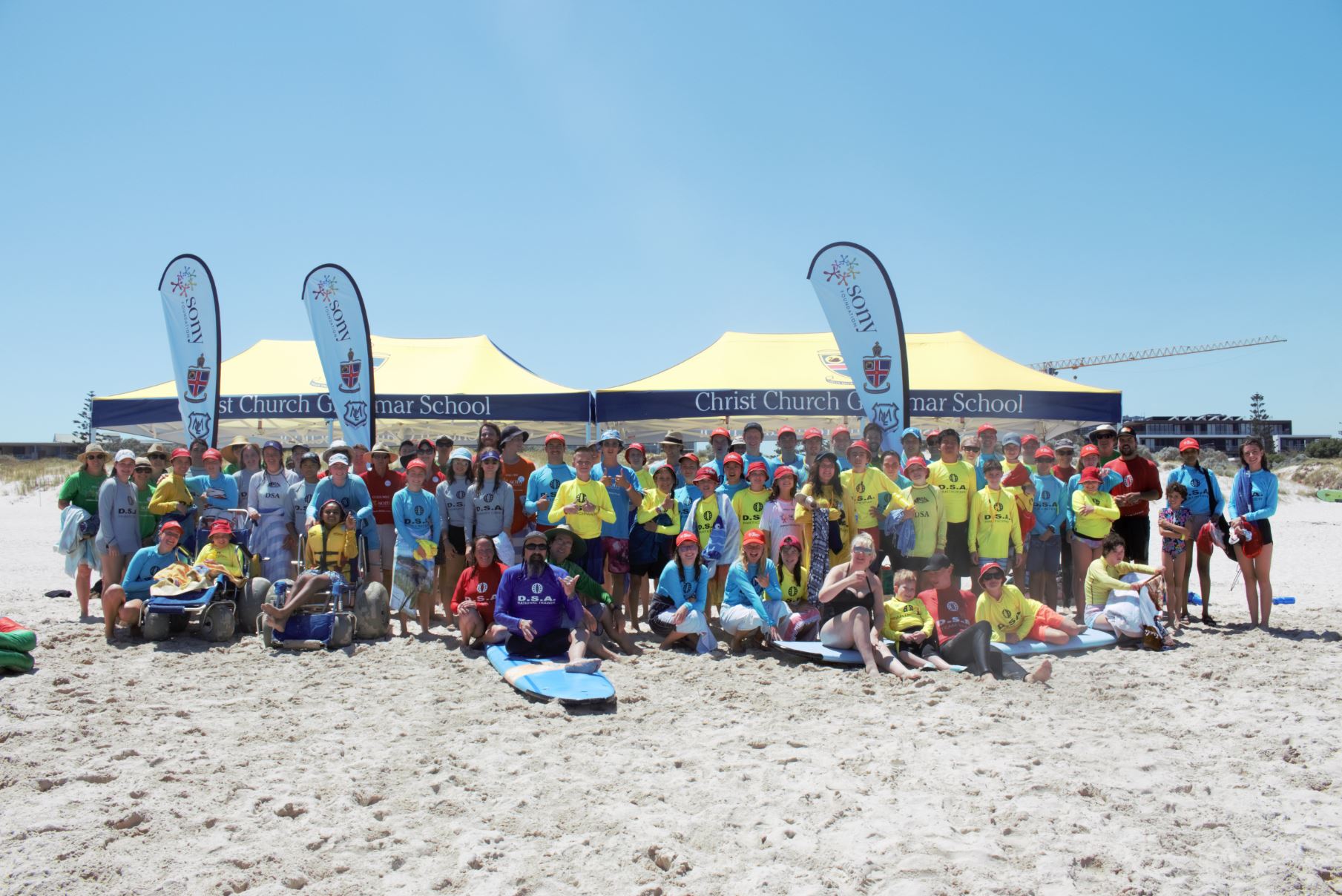 This weekend with Zach was special. And while I was having an amazing time with Zach, his parents were able to have a “quiet weekend” and a break. This made me realise how hard it would be to look after Zach every day and it puts life into perspective, giving me an appreciation of how incredible the families are who have this intensity of living every single day. You have probably all heard the ‘life-changing experience’ story on this camp before but I can assure you for me it is so true. This camp can do that to the companions, looking after a child is hard, especially when you are a teenager and have no idea what to do. But it changes your attitudes and provides a safe and nurturing environment in which it we take on an incredible responsibility and are forced to grow up in the most fun way possible.

This camp has had a major impact on my life. It has changed my ideal career path as now I am interested in school psychology. My time as a Sony Camp companion also helped me get my first job as a swim instructor. Our Sony Camp was a hard weekend that has changed the way I see the world and I would do it again in a heartbeat. This camp is special in that way. It makes you want to go back and do it all again because it is so rewarding. It is fun to run around in a gym and go to the beach, but it is not just fun for me, it is fun for the campers – like my mate Zach."